With the arrival of Mr P's birthday in early January we headed to Somerset for the weekend to celebrate. Of course, it isn't a celebration in our household without a decent helping of gluttony so we spent the evening at the restaurant of The Swan, Wedmore. The team here is headed up by Tom Blake (previously of River Cottage) and the whole place sticks with the River Cottage ethos of local food (we're talking food feet rather than miles here) cooked without too much ponce.

Our table was booked for 7pm on a Saturday night and both the restaurant and bar were bustling by the time we arrived. You can always judge a restaurant by the quality of the bread, and we hoovered up two pieces of the Swan's homemade offering before we remembered to take a picture. Crusty outside and pillowy soft inside with butter, olive oil and crunchy, fragrant dukkah for spreading/slathering/dunking. 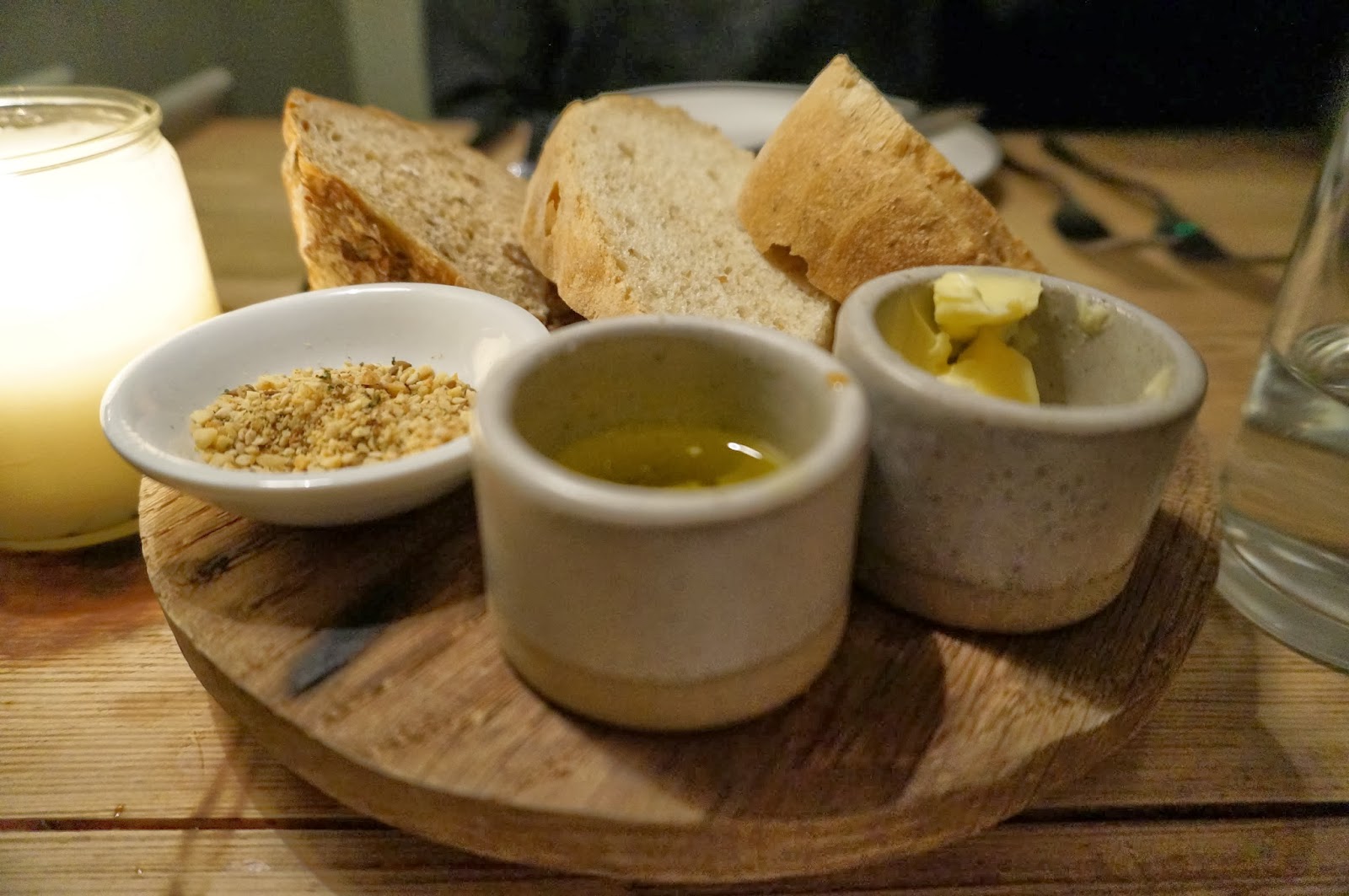 Clams steamed in cider were nice with the flavour of cider adding an interesting dimension.Beetroot and feta arancini were crisp and light, with plenty of earthy beetroot flavour. 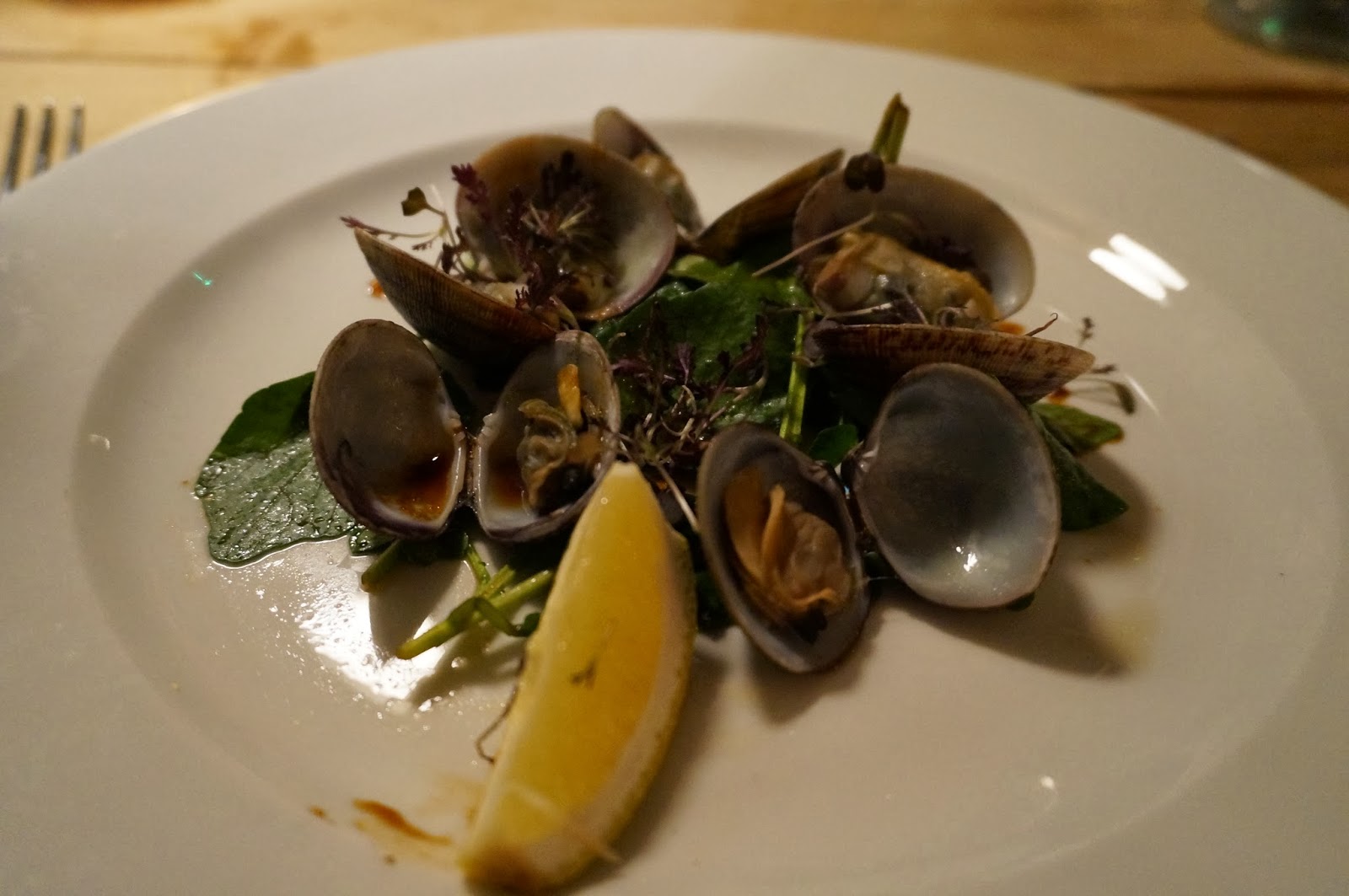 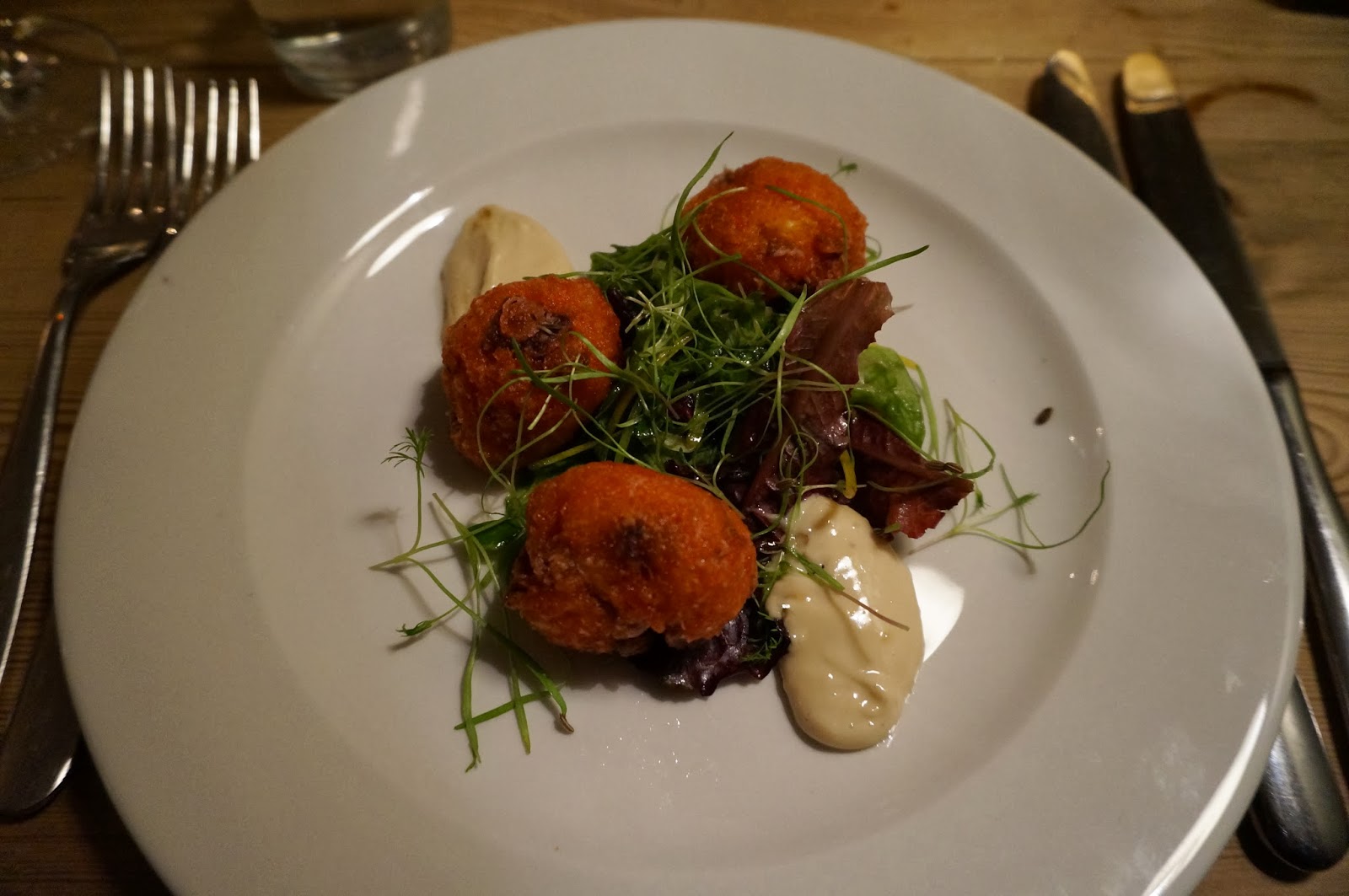 Mains were exemplary. Seriously, we're salivating at the memory of it. Braised barbecue short ribs were meltingly tender and served simply with creamy mash and kale. Porchetta was stuffed with the nontraditional but pleasing mixture of mushrooms and apricots, and served with a potato and celeriac gratin and more kale. 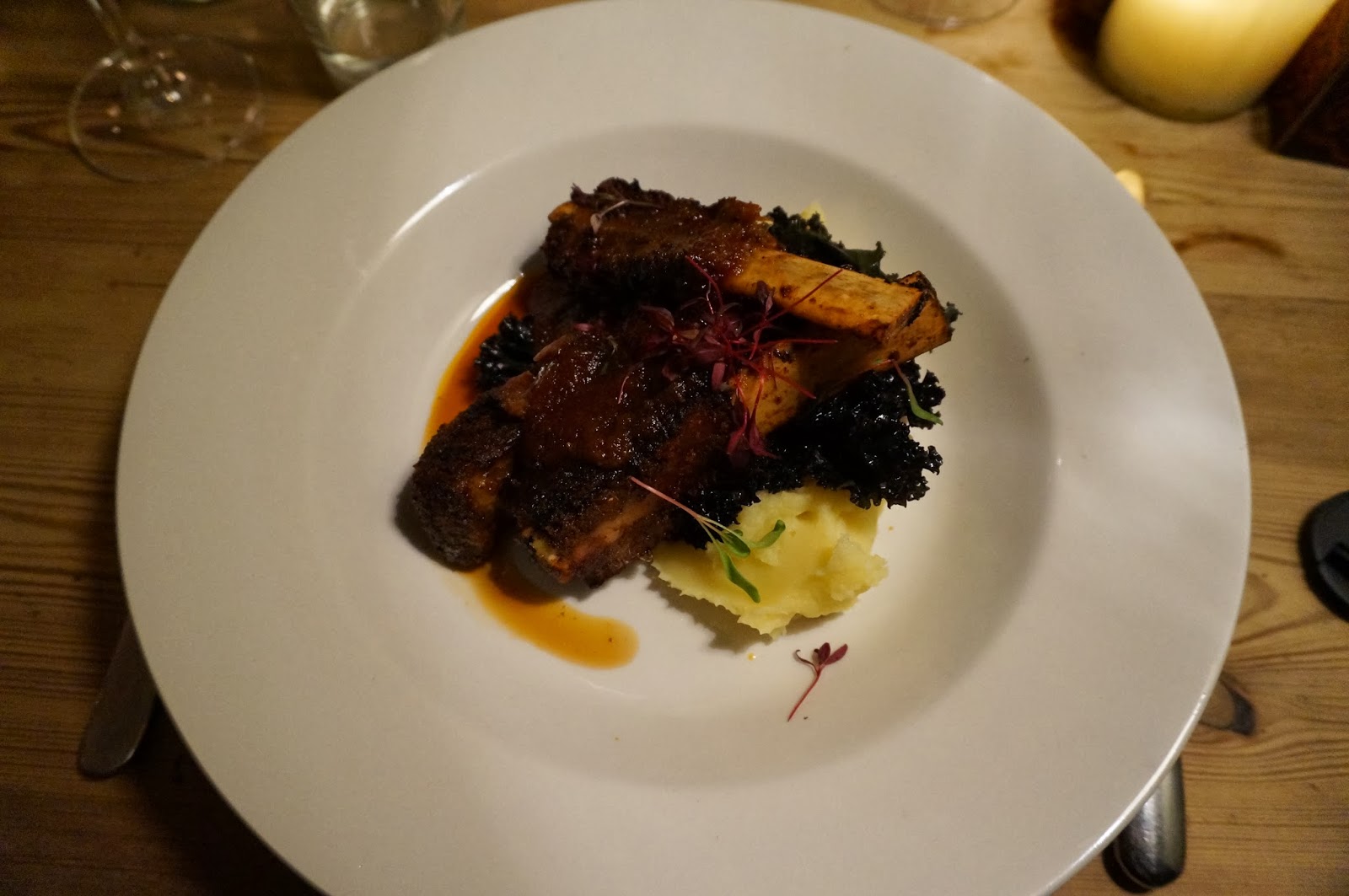 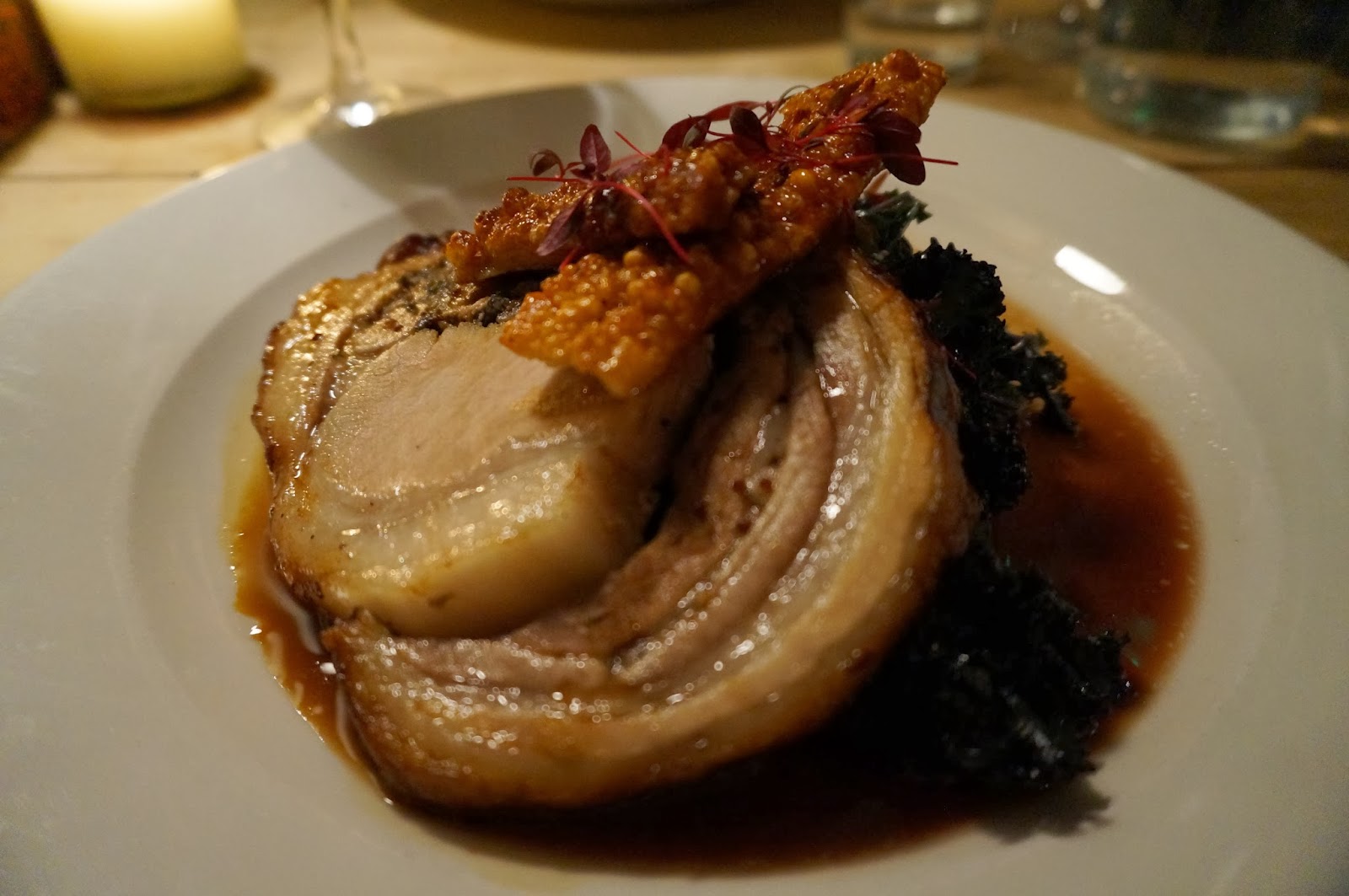 Feeling pretty stuffed, we moved over to our pudding stomachs to squeeze in a shared portion of apple cake. Sweet, spiced cake and tart apples were delicious but might have been improved a little by being served warm. 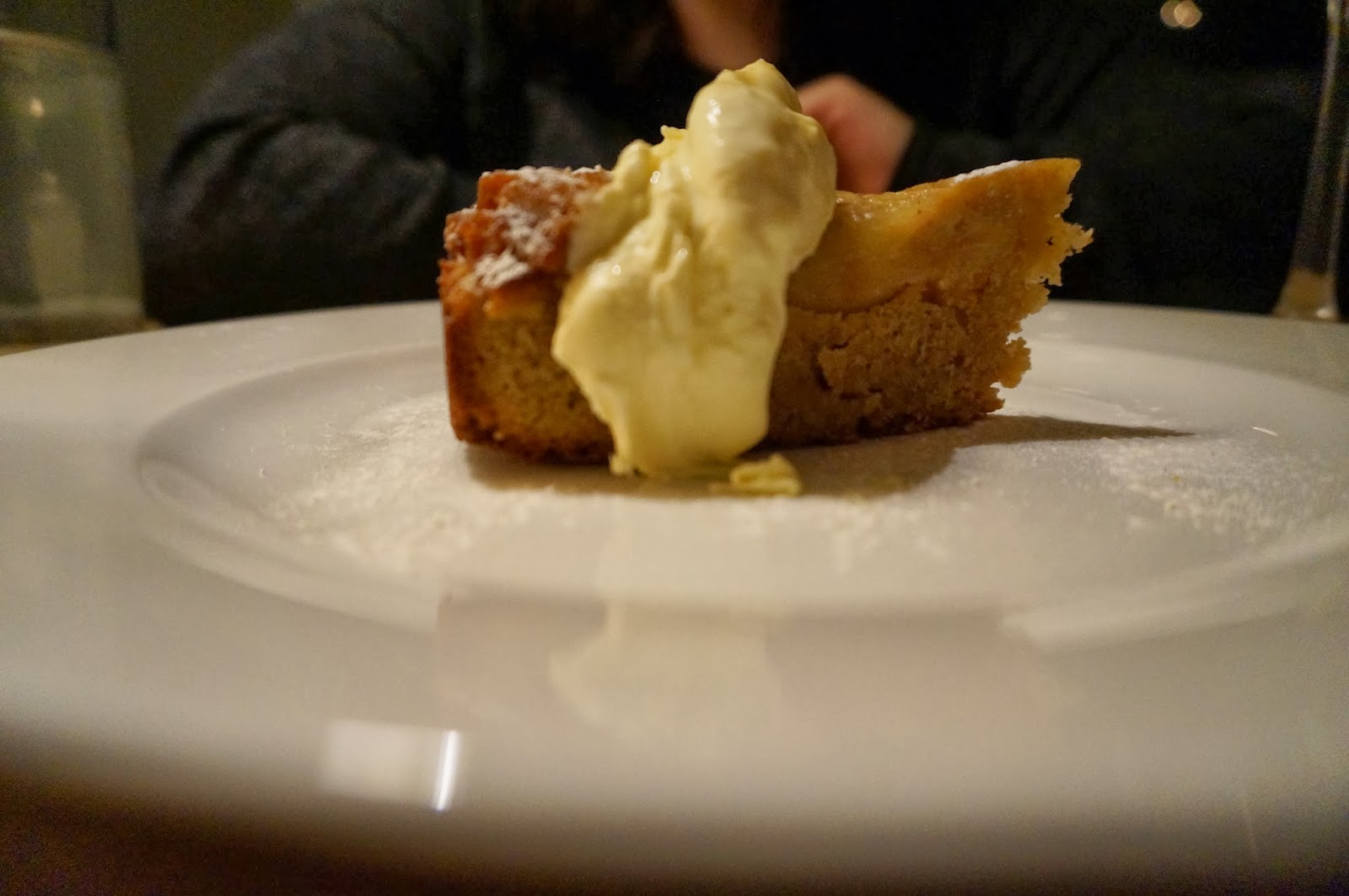 The Swan also have 6 rooms for those who want to go no further at the end of the night than stumble upstairs to nurse their food baby and take a bubble bath using the complimentary Bramley products (also produced locally and smell incredible). We stayed in one of the 'large' rooms at the front of the building (room 3). 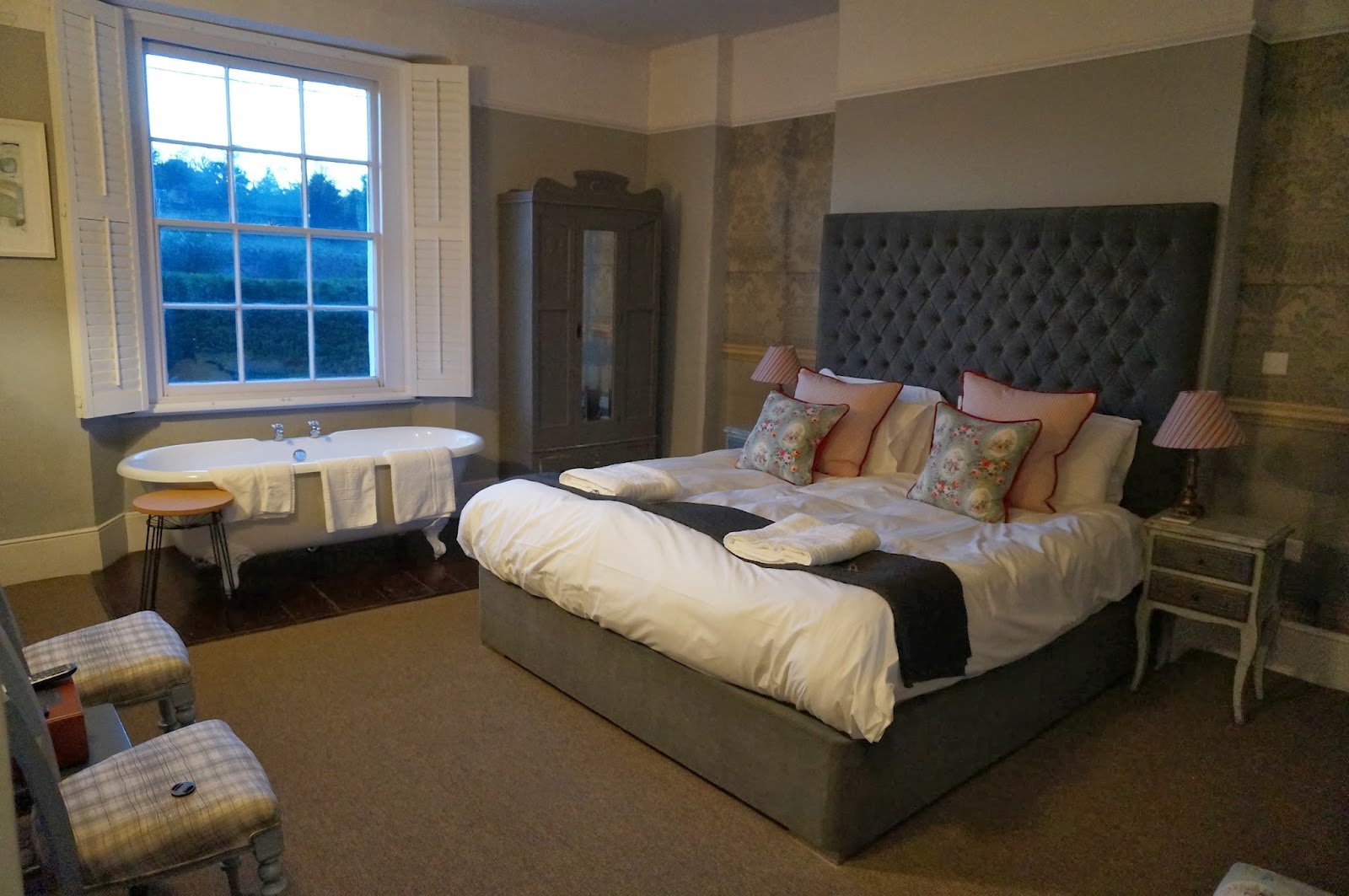 Breakfast is served in the bar area, which is also open to the public for brunch. We both plumped for The Swan 'Full English' and spent a leisurely hour with our breakfast, plenty of tea and juice and the complimentary Sunday papers. Thick toast, creamy scrambled eggs and local black pudding, sausage and bacon were delicious (though Mr P was disappointed if not surprised at the lack of baked beans - too lowbrow we suppose...). Breakfast was included in our room price, but I might have been left a tad disappointed if I'd paid the £11 charged to the non-residents.